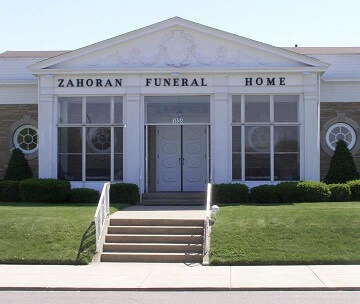 The Zahoran Funeral Home, Inc. was founded by Michael A. Zahoran in 1922 in Gary, Indiana. Mr. Zahoran moved his funeral business to South Bend, Indiana in October of 1924, at 1830 Kemble Avenue, which was also the family home.

Mr. Zahoran was influential among the people of Hungarian decent. He was a very active participant in civic, community, and church affairs.

Mrs. Anna Zahoran was also a funeral director and served as President until her death in 1985.

Mr. Zahoran's three sons-in-law followed in his footsteps and continued to operate the business. The founder's grandson, Patrick Nowak, joined the firm in 1986 as a Funeral Director, and is currently President of Zahoran Funeral Home.